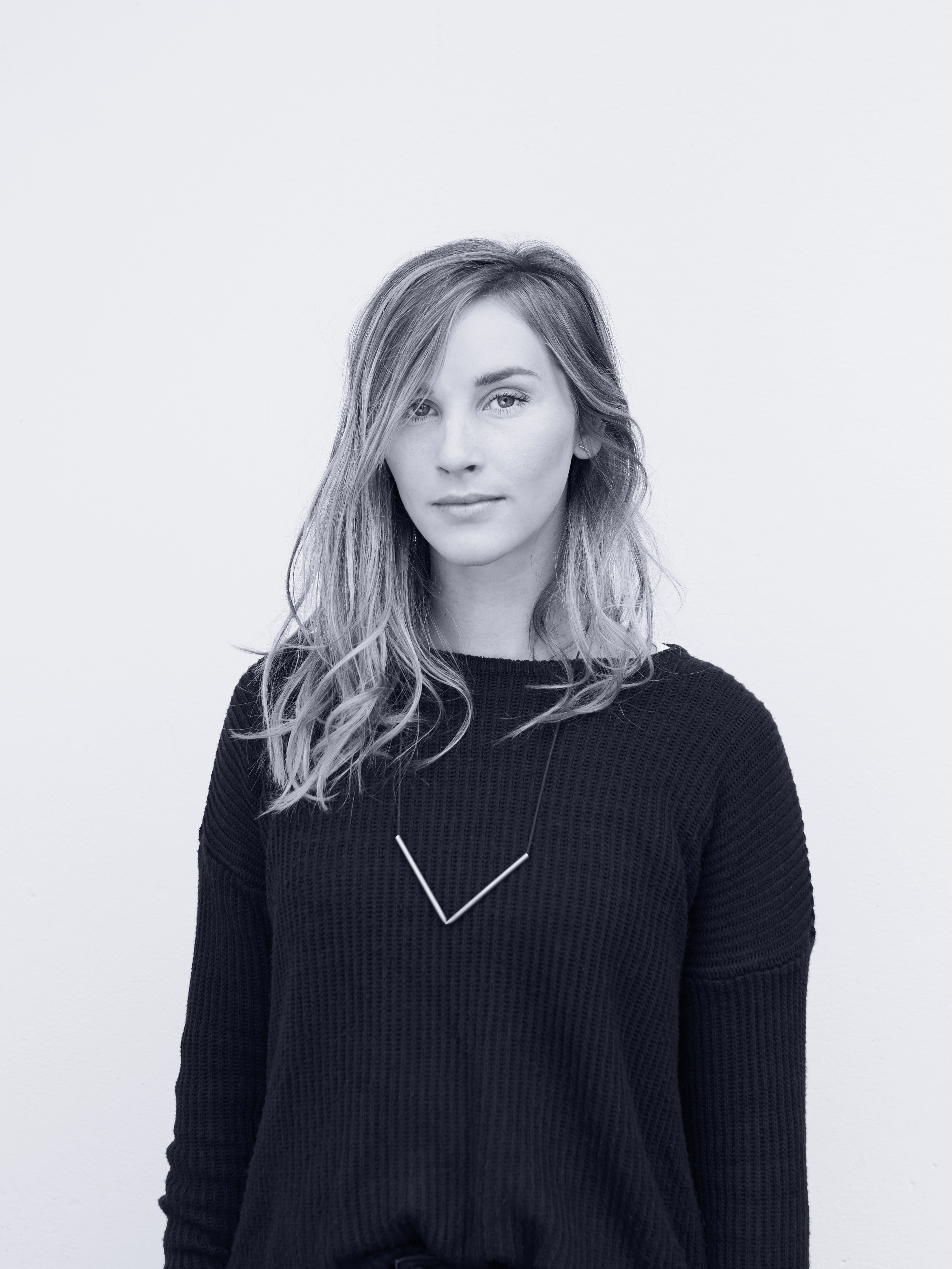 Where are you from and where do you reside?
I was born in California, moved to Australia when I was 9, and then after 20 years I moved to New York, in 2016. I’m currently calling Brooklyn my home base but travel back home to Australia whenever I can.
Where have you lived in Australia?
When we first moved to Australia in 1996 we lived in Brisbane, where my mum’s side of the family is based. I grew up there, doing all my schooling and university/college, and was there for around 14 years total. I moved to Melbourne after that, and lived there until 2016 when I moved to New York.
What are some themes you find recurring in your pieces, intentional or not?
My work is an evolving study of the relationship between humans and nature, and how we affect each other. My study of landscapes in photography directly relates to the personal connection I have with nature. It is because of this strong captivation that I have a desire to investigate the relationship between humans and the environment. I’m interested in how we alter and change each other, whether the outcomes are good or bad, and to what extent humans have control over the earth and visa versa.

There is a tension and a bond between the two of us. A power struggle and harmony. In some places, humans have altered the environment so drastically that it serves a new purpose and the cosmetic changes render it unrecognizable. For example, in my Salt & Sky series, the creation of salt mines has not only changed the appearance of the earth, but has altered the environment in our favor to harvest salt. The perfectly straight lines and linear compositions depict a man-made surface that has been controlled entirely by humans.

I’m interested in how we alter and change each other, whether the outcomes are good or bad, and to what extent humans have control over the earth and visa versa. — Brooke Holm

In my new series Mineral Matter, it is the opposite. Seeing the side-by-side of the river delta phenomena next to small, insignificant human footprints gives a new perspective on how far we can go in altering the Earth to our benefit. In this case we are merely onlookers, forced to stop in our tracks and marvel from a safe distance. And in doing so, we can better appreciate the magnificence of the natural world around us.

How do you think the Australian landscape has influenced your work?
Interestingly enough, the Australian landscape was less influential to me at first, at least on a conscious level. I was more inspired by winter, mountains, alpine landscapes, and pine forests. I was really drawn to the diverse landscapes of the west side of the U.S. It was maybe a nostalgic thing because I really missed America when we moved to Australia. I had a lot of inspiration from New Zealand too, as it was easy enough to visit from Melbourne and some of the landscapes there reminded me of somewhere like Yosemite. It wasn’t until maybe a handful of years before I moved to the U.S. that the Australian landscape really started to capture my attention. I realized I hadn’t really given it a chance, and I was potentially suffering from a ‘grass-is-greener’ complex. I’ve seen some incredible places in Australia, and it is such a unique, beautiful and diverse country. It’s not all outback, as I may have once been led to believe.
Shooting landscapes from above is a unique approach - when was the first time you did this?
I’ve always loved heights. Ever since I was little I was a climber and a gymnast. I always wanted to be in the tallest tree, and I would climb anything I could. Maybe this love of heights is why I decided to get in a helicopter for the first time, which was on a trip to New Zealand around 2011. Prior to this I had only seen landscapes from above through the small foggy windows in airplanes, which is not the same thing. After I had that experience, it opened up a whole new world of possibility and ideas for me. I want to see things from different perspectives, and not just in photography but life in general. There’s something about this concept that opens your mind, and is freeing. I feel that a lot of people can relate to this. The aerial viewpoint is so incredible because it’s just not something you see in an everyday situation. It makes you think more and try new things.

Seeing the side-by-side of the river delta phenomena next to small, insignificant human footprints gives a new perspective on how far we can go in altering the Earth to our benefit. — Brooke Holm

How important is spontaneity in your art?
It’s very important, in the same way as chance plays its part. My work revolves around the human and nature relationship. The beauty of this is that humans cannot control nature, and if I thought I could, I would be missing the point of my own art. Humans and nature are one and the same, and we work together, not apart.
How has your work developed in the past few years, and how do you see it evolving in the future?
My work evolves all the time, each new project brings something new. I am constantly going through change and using my experiences and passion for nature to better myself and my work. I’m always researching, and learning things that influence my work which helps me to convey stronger messages and reasons for why I do what I do. My work is strongly connected to our environment and as climate change becomes more urgent to address, my work concentrates more on this. I’m focused on sharing our world with an audience who can be inspired to learn more and take their own action. I’m nervous, to say the least, for the future of our planet and the people who live here, so I know these themes and ideas will only evolve much further in the coming years.
Are there any sites that you’re eyeing for future shoots with ideas of climate change in mind?
Greenland, Antarctica, Chile and more of the high Arctic. More of Africa and Australia and South America too. I have a long list. Climate change affects everywhere, so it’s difficult to pinpoint where it’s the most impactful.
What necessities do you require when making your art?
My work is landscape based, so I really rely on weather, time of day, and time of year. I have to plan in advance, but I am always at the mercy of the elements. Sometimes it is a waiting game, and other times the right moment presents itself to me straight away.

What is the most difficult part of the artistic process for you?
Sometimes even when I have the most solid of ideas, the visuals just aren’t working, or the weather just isn’t cooperating, or something goes wrong logistically. Patience definitely helps, as well as stepping back and not feeling as though I can control nature. It also helps to let go sometimes, and listen to what the universe is trying to tell me. When you listen, or step back for a moment, something else might just come of it that you weren’t expecting.
Did you go to art school?
At the time I was in college I hadn’t really discovered photography (other than playing with my parents’ 35mm film camera when I was younger). I studied at Bachelor of Creative Industries, majoring in TV and Advertising, and it was fairly vague and broad. However, it did lead me to a job in an advertising agency where I picked up a camera and very quickly fell in love. I started to teach myself what I wanted to know. I was shooting a lot for that agency and learning on the go, but I wanted to know more on the technical side. So while working full time, I studied part time at a design and photography college in Australia that was a perfect introduction to lighting, different genres of photography, and software, and by the time I finished that I was ready to get out in the world, confidently labeling myself a photographer. I guess you could say I’m mostly self-taught, but with some help along the way. My college photography teacher was definitely a mentor in those early years, along with some of the senior creatives at the ad agency who could sense that I had a talent and passion, and helped me nurture it. They also helped me get my foot in the door shooting advertising work for them, even though I was so inexperienced.
Have you ever collaborated, or would you?
I have collaborated with artists in the past, for group shows. Most recently Maddie Sharrock, a Melbourne-based sculptor. Before that, I created work with Kate Tucker, a multi-media artist also Melbourne-based, for a group show featuring some of Australia’s best creatives and artists. My inspiration comes from many places in many forms. Photography, design, architecture, nature, science, technology, literature, film, and so on. My biggest influence and source of admiration is nature and its intricate complexities and beauty. It never ceases to amaze me and most of my personal work is centred around it. My appreciation for design and architecture may help explain the fixation on lines and shapes throughout my work. There are so many creatives that inspire me and way too many to list here but some of my favorite photographers would have to be (in no particular order) Olaf Otto Becker, Naoki Ishikawa, Benedict Redgrove, Vivian Maier, Edward Burtynsky, Andrea Galvani, Annie Liebovitz, Sally Mann, Irving Penn, Noémi Goudal, Liat Elbling, Hiroshi Sugimoto, Zaria Foreman, Tim Walker, Kevin Cooley, Matthias Schaller, Richard Mosse, Andreas Gursky, Bence Bakonyi. I was also inspired early on by all the Magnum photojournalists and street photographers.

Sometimes it is a waiting game, and other times the right moment presents itself to me straight away. — Brooke Holm

Do you remember the first work of art that captured your attention?
Yes, there was a painter whose work I saw in Sydney a long time ago, Eugene von Guerard. He painted the most beautiful Australian landscapes. The work that particularly caught my eye was called “North-east view from the northern top of Mt Kosciuszko” from 1863.
Are you influenced by any author or non-visual artist?
Aside from all the influences listed above, one stand-out author that I can think of was my main influence for going on an expedition to Svalbard the first time. It was the book Northern Lights by Philip Pullman. He mentions Svalbard in the book as this magical land where polar bears speak and there are mountains and white snow everywhere. I read it when I was young, and I wanted to go there ever since. When I finally made it in 2015, I stepped off the plane and was so overwhelmed that I just cried. That was pretty special. And that whole trip was life-changing.
What’s next for you?
I’m working on a new series that will be showcased in March, and then I am going to the Norwegian Arctic again, on an artist residency with a group of other artists, educators, and scientists. It will be fascinating to see how the landscape has changed since I was last there in 2015.

Inside the Studio Visit with Christian Nguyen