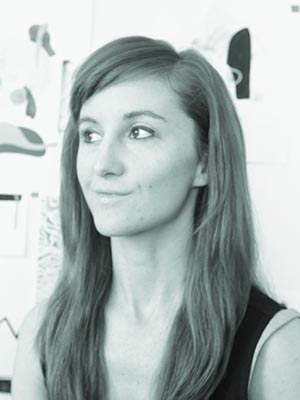 Where are you from and where do you reside?
I am originally from Sevilla, a city in the region of Andalucía, south Spain. I currently reside in Hong Kong.
What brought you to Hong Kong? How do you see Hong Kong influencing you as an artist and/or designer?
I lived in London for almost eight years, I also spent some time in the Netherlands before that, and I’m originally from Spain. All were very much European experiences that, even if very different, are nothing compared to a move to Asia. At the time there was a good opportunity with the design job I was doing and I didn’t hesitate much. The Asian experience has opened up a whole new look at things and possibilities that I personally never imagined. I have been forced to observe again much longer before making assumptions. Being so detached to what I was used to has been hectic, but also relaxing at times. It has somehow simplified things in my practice.
Describe a typical day in the studio for you.
I like to leave the first hours in the morning for the most intuitive and less planned work, like drawing. Collages require a different type of focus and process, more appropriate for later hours of the day. I tend to try resolving things at some point in the afternoon, and either evening or later at night I pick up again work with a quieter mind and a more explorative approach. I like to think I can open questions at night and leave them to be resolved the day after.

During the day I like having a short walk outside, stop for groceries, or cook my lunch. At some point I must practice yoga.

What necessities do you require in the studio?
At the moment I am used to not having a great deal of space. I need solitude most of the time, or at least to be able to mentally isolate myself. I mostly need music - not random music, but music I choose for the moment. I prefer to be surrounded with a variety of materials, so I can change and explore. I like working on more than one piece at the same time. Ideally, I’ll have an empty wall and I definitely need empty floor space. I love being on the floor with everything lying around me. A morning coffee, chocolate, avocados, and cashews are other essentials.

I like to think I can open questions at night and leave them to be resolved the day after. — Carmen Vela

Are you formally trained?
I have been painting and drawing as long as I can remember. Then, at some point, I started cutting paper, making little books, and I never stopped making things. I took different courses throughout the years on creative drawing, typography or image making. I hold an MA in Graphics from Central Saint Martins. In my coursework I shared days with designers, illustrators, and photographers - all practices having equal influence in me.
Are you influenced by any artist that does something completely different than you?
Definitely. I believe in being constantly nurtured with all sorts of stimulus, not only visually. I think I’m actually influenced by anyone or anything that makes me feel something fairly intensely, and being the highly sensitive person I am, I guess it sometimes gets overwhelming. On the downside, it can feel very distracting. The obvious would be musicians and writers, but really, anyone with a sincere way of expressing a genuine emotion.
What themes or motifs are you consistently drawn to?
I collect visual elements in my memory, they are connected to a feeling or an emotion of a particular moment or situation that I’m going through. I build an inner vocabulary of that experience, and at some point they start coming together to give some sort of shape and completion to it. Then I can move on to the next thing. I have always been drawn to body language, physical emotions, and the relationship between the body and a particular space and time.
Do your collages have a literal interpretation, once the personal vocabulary has been unpacked?
At the specific moment of creation there is not much intended literal meaning attached to it, but as I complete it the connection becomes more obvious. Occasionally, it is only after some time that I actually understand a bit more why I needed to make it that way and not differently.
What tangible objects or intangible moments are you most interested in representing through your works?
Relationships, and sincere emotions. Whether the way we relate to a particular space, moment in time or to others. The emotions attached to body language, the fluidity or awkwardness of it, and non-verbal expression.

I have always been drawn to body language, physical emotions, and the relationship between the body and a particular space and time. — Carmen Vela

What is the most difficult part of the artistic process for you?
Probably one of the most difficult parts for me is to avoid creating expectations. I still need to remind myself to trust the process constantly. There’s frustration between the initial burst of creative energy and the first work that I am actually happy with, the moment when things seem not to be what I might already have in mind, even subconsciously. Then, I realize that it will be something different and I just need to keep going instead of constraining myself to those initial thoughts to reach an outcome. I believe the fewer expectations I build, the more the work can grow.
How important is spontaneity in your art?
Very important. Intuition and spontaneity seem to be crucial in my process. I like when compositions don’t feel forced. That’s why my process tend to be fairly quick in execution, whether is a mark, a whole drawing, a collage, or other media. I usually make many iterations then I edit most out.

Probably one of the most difficult parts for me is to avoid creating expectations. I still need to remind myself to trust the process constantly. — Carmen Vela

For your current series on the Uprise Art gallery, Somewhere Else, how many iterations would you estimate you’ve omitted?
When doing collages the iterations come in pieces. I cut, paint, draw, and cut again tons of small parts, then I start creating combinations, even dozens of them, and I lay them out all around. At some point, one of those clicks and it represents what I am looking for. I then edit the rest out and keep building on that one. Sometimes that one doesn’t make it as final either. For this series I spent weeks doing tons of collages that stayed as sketches, then this series came out within a couple of weeks.
How do the different elements come together in your works?
I constantly take pictures, make drawings, collect colors and textures, and write notes. To keep drawing, writing, and looking at photos that have a particular meaning to me is essential to my work. There are times I think all that is useless and takes up time and space, but eventually I believe they are all there one way or another, part of an outcome at some point.
How do you choose your materials?
I have always been a very tactile person, I need to feel comfortable holding or touching something in order to incorporate it into my work. I like not thinking about high quality materials, but rather whatever feels good to me.
How has your work developed in the past few years, and how do you see it evolving in the future?
I want to think it has become more honest and closer to what I actually liked doing as a child. I am currently putting more time into my personal work and I am excited to see where it goes and how it evolves.