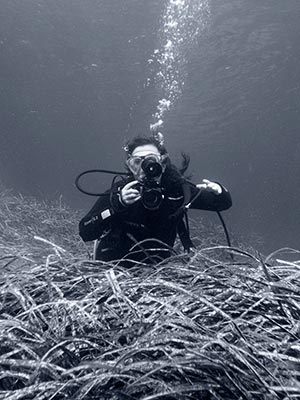 Rachel Sussman (b. 1975) is a New Mexico-based photographer whose critically acclaimed, decade-long project “The Oldest Living Things in the World” combines art, science, and philosophy into a traveling exhibition and New York Times bestselling book.This series is created from large format photographs that obscure the object’s proportions while simultaneously putting the viewer into human-scale context. The works capture both the beauty and severity found in nature. Rachel graduated from the School of Visual Arts in New York with BFA, studied at the Bard College MFA program and began a practice-based PhD at Central Saint Martins in London. Her work has been shown at MASS MoCA, the New Museum Los Gatos, and the Des Moines Art Center, and the forthcoming Taipei Biennial. Her exhibition record spans more than a decade in museums and galleries in the US, Europe, the Middle East, and Asia.The artist works and lives in Chama, NM.

Exhibitions The Oldest Living Things in the World at Gotham West