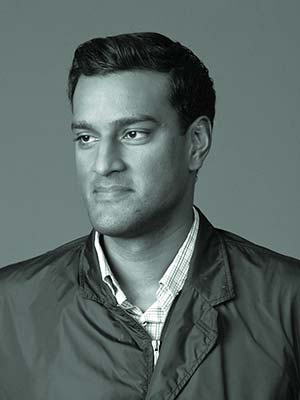 Sayan Ray (b. 1973) creates meticulously planned-yet-spontaneous works motivated by line. His pieces feature bold, dynamic lines that move across the picture plane, but strike a balance between shape, form, and space. Ray advocates a return to simplicity and states that in an over-complicated world, every stroke is placed with a clarity of mind that elevates the simple to the realm of the sophisticated. Citing jazz, literature, and poetry, the titles of Ray's works make allusion to his process by referencing authors and musicians whose improvisational style parallels his own. Ray has exhibited at several galleries and art festivals in NY.